Over the last year the In The Zone director of spearfishing videography Richard Leonard has been writing articles for the Ultimate Spearfishing Magazines Behind The Lens Series. Here he covers all the secrets of how to not only use a GoPro for spearfishing. He also shares his personal tips and tricks to make the great spearfishing videos he has become world famous for.

To master spearfishing videography and the use of a GoPro and all the best settings that make great videos go read some of Richards ground breaking articles.

We hope you enjoy the articles on filming and GoPro setups. If you have any questions or just want to know more please leave us a comment below.

The ITZ Team
Posted by Coatesman at 12:02 PM No comments:

After a number of weeks on the editing desk the complete 3 part 'Mozam Miracle' series is  complete. This was a trip that the ITZ team put together for Patrice Etlin from Brazil for his 50th Birthday. He wanted a spearfishing trip of a life time and also wanted to have a video of the diving and his time on the secluded island.

These are just 3 small snippets of the spearfishing action for all his mates on the web to see. What is interesting is that this was shot over only 4 half days spearfishing. But this gives you an idea of what is possible with ITZ camera and spearfishing crew.
This episode sets the stage as we travel to Northern Mozambique and Vamizi Island. Here we spend all our days filming our guests hunting the majestic reefs of a near by Island. The high light being the famous Metundo Canyon a world class reef system that steeply rises out of 100meters of water.

We hope you enjoy the videos and please just give us a shout if you have any questions or want to find out more about the exclusive spearfishing video trips.

Cheers the ITZ Team
Posted by Coatesman at 11:42 AM No comments:

The In The Zone Productions team has just got back from an amazing spearfishing trip to the famous St Lazarus Banks with Mohammed Jassim Al Kuwari. This intensive film shoot was part of Mohammed's part in the epic film called 'Legends of Blue Water Hunting' which features greats like Terry Mass and Rob Allen.
What was unique about this shoot is that it was not just a spearfishing trip that was filmed, the  production was the priority. This meant that unless something was going to hinder the spearfishing, the filming and production took preference.  ITZ also assembled possibly the best spearfishing videography team to work on the project.
Richard Leonard directed the shoot and also applied his skill as a camera man above and below the water.
Chris Coates organised all the spearfishing and dive gear as well as using his diving ability to film Mohammed in action.

Matt Swart, ITZ's wizard on the editing desk brought some unique filming skills and insights above the water.
Robin 'Gumby' Moulang not only is an excellent water cameraman he brought some epic quadcopter flying skills to get some unique and very interesting camera angles.
Lazarus was an amazing place to shoot, the water is very clean with amazing fish life. The goal was a big Dog Tooth Tuna on film and Lazarus did not disappoint. The team also worked hard to ensure that the footage was above the normal standard seen in spearfishing videos.
Filming spearfishing at this standard also required a huge sacrifice from Mohammed, the production generally comes first and for this you need loads of patience. Especially when having to redo things over and over until the team gets the shot right. You often hear some one shouting, "wait for he cameraman!"
Trips like this into places like Mozambique need a serious amount of organising and planning. From flights and boat transfers, to filming permits, fishing licenses and a host of admin night mares. This is all before Richard hands you a 28page shoot list and production plan, nothing like a little bit of light reading before the trip :-)

All in all the Lazarus trip with Mohammed was a huge success, with the team getting what has to be some of the best spearfishing footage ever filmed. Now its up to Matt on the editing table and Rich directing to do their magic.

Go here for more on the: Lazarus Spearfishing Trip

The ITZ Team
Posted by Coatesman at 6:00 PM No comments:

WHATS UP WITH THE ITZ TEAM AND THEIR CURRENT PRODUCTIONS 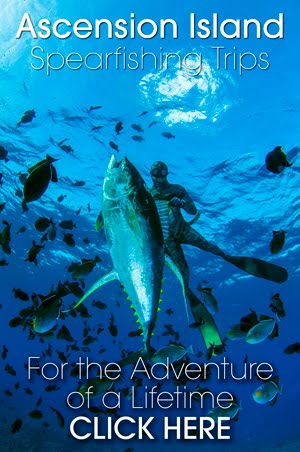